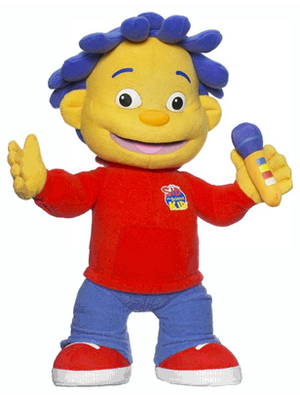 Talking Sid the Science Kid is an electronic plush doll of Sid from the Henson Company television series Sid the Science Kid. The doll is produced by Hasbro Toys and was sold in stores in December 2009. With the press of his belly, Sid says six different phrases and sings songs from the series.[1]

The doll will also come packaged with a special DVD including "The Sticker Chart" episode of the series.

Add a photo to this gallery

Retrieved from "https://hdps.fandom.com/wiki/Talkin%27_Sid_the_Science_Kid?oldid=6881"
Community content is available under CC-BY-SA unless otherwise noted.