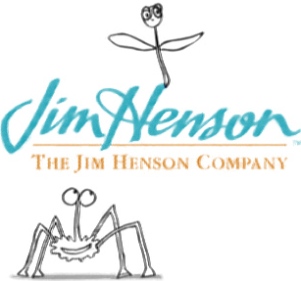 The Jim Henson Company is an American company founded in January 1955 by puppeteer Jim Henson, creator of The Muppets. The company is now run by his children, Cheryl, Brian, Lisa, John (1965-2014), and Heather; Brian and Lisa serve as co-chairs and co-CEOs. While The Muppets helped the company gain worldwide acclaim in family entertainment for more than four decades, the company sold those characters to the Walt Disney Company in 2004. The company's units include Jim Henson's Creature Shop, a renowned animatronics and visual effects workshop and home of the Henson Digital Performance Studio.

Jim Henson's Creature Shop provides digital visual effects, animatronic creatures, animation and soft puppets to the international film, television, online and advertising industries. Based in Los Angeles and New York with satellite shop capabilities internationally, the Shop is known for designing and building some of the world's best known characters including Elmo from "Sesame Street," Miss Piggy from "The Muppet Show," the Baby from "Dinosaurs," Rygel from "Farscape," and the Skeksis from "The Dark Crystal." The shop is responsible for developmenting the Henson Digital Puppetry Studio, a patented control system technology that enables performers to physically puppeteer and voice computer generated characters in real time.

A recipient of more than 9 Emmy Awards for its outstanding work building puppets for "Sesame Street," the Shop also received an Academy Award for its visual effects work on the film "Babe." Other awards include a Scientific and Engineering Academy Award for the Henson Performance Control System, the Computer Graphics World Innovation Award, and the Computerworld Honors 21st Century Achievement Award. Both computer awards were given to the Shop for its work in developing the Henson Digital Puppetry Studio.

Jim Henson formed Muppets Inc. in January 1955, before Sam and Friends debuted. Aside from Sam and Friends, the majority of work that the company had until 1969 was creating characters for various commercials, variety show appearances, and a few meeting films for various companies (the company would produce its own Muppet Meeting Films from 1975 through 1999). In 1969, the company started creating characters for the popular children’s show Sesame Street.

One of the company's first characters to be seen regularly on national television was Rowlf the Dog, who was initially created for Purina Dog Chow commercials and soon became famous when he became a regular character on The Jimmy Dean Show from 1963-1966. During this time, the show's host, Jimmy Dean, was given an opportunity to own forty percent of the company. However, Dean turned the offer down because he didn't feel that he had earned it.[1]

For many years, Jim Henson had tried to sell several different shows to the major networks, all of which turned them down. Some ideas were made as unaired pilots, and some were never produced. Then, in 1976, Jim Henson was able to produce The Muppet Show for syndication. The success of The Muppet Show led to many movies, specials, videos, and more. The Muppet Show was originally owned by the British company ITC, but Jim Henson later purchased the rights to the show.

In the early 1980s, Jim Henson also formed Jim Henson's Creature Shop, which produced characters for shows such as The StoryTeller, Farscape, and Dinosaurs; and movies such as The Dark Crystal and Labyrinth. It was also during the 1980s that Jim Henson produced new television series such as Fraggle Rock and The Jim Henson Hour.

In 1990, Jim Henson was in negotiations to sell the company to the Walt Disney Company, but Jim Henson died during the week that he was supposed to sign the contract, and his family decided to keep the company private.

In 2004, almost one year after ownership of the Henson company was returned to the family's hands, the Jim Henson Company sold the rights to the Muppets and Bear in the Big Blue House characters to the Walt Disney Company, who control the Muppets through the wholly owned subsidiary Muppets Holding Company LLC. The Walt Disney Company now owns all Muppet-related trademarks, including the word "Muppet," that The Jim Henson Company and Sesame Workshop do not own.

The company is working on developing several digital-puppetry series for home-video, television and the web. These productions include Sid the Science Kid, Frances, and The Skrumps, among others.

Retrieved from "https://hdps.fandom.com/wiki/The_Jim_Henson_Company?oldid=6394"
Community content is available under CC-BY-SA unless otherwise noted.